TWIN MRO is one of the leading independent turbine component repair sources in the world. To accomplish this we provide an employee friendly work environment with competitive salary and benefits with opportunities for career advancement. With one of the lowest employee turn over rates in our industry, most people who come to work here, stay here.

We create this positive work environment through continuous investments in facility upgrades, maintaining a safe and clean work environment, periodic company sponsored events, employee training and so much more.

Both experienced professionals and recent graduates have joined us to help build their future and the future of TWIN MRO. So regardless of where you are in your career, if you are looking for a positive change, you owe it to yourself to contact us today. 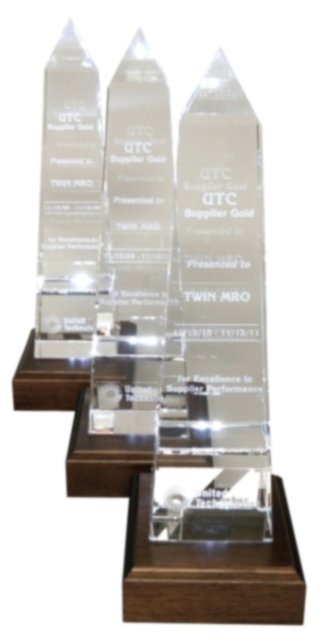 Our History and Future

Prior to 1986, Twin Manufacturing was a tool manufacturing and fabrication services supplier. In 1986, TWIN was purchased by Paul K. D'Arcy. As a co-founder and Managing Partner of Windsor Manufacturing & Airmotive from 1950 until selling the company to Barnes Group in 1981, Paul brought extensive international aerospace business acumen to TWIN. As President of TWIN, Paul immediately began our transition into the turbine component aftermarket. Throughout the 1990's TWIN continued to change and innovate by adding new employees and new capabilities.

In 2004, Paul promoted then TWIN Executive Vice President, Dan Peach to the role of President. Under Dan's leadership, TWIN MRO transitioned into a formal Lean/Continuous Improvement business operating system that has significantly improved our overall efficiency. During this time our primary company name was added as doing business as, "TWIN MRO". This change reflected the majority of our business being in aviation aftermarket or Maintenance, Repair and Overhaul (MRO).

We added more office space in 2015 and new machines in 2016. In July of 2016, Dan led the ownership change from a privately held corporation to being completely employee owned (ESOP). Additional capacity in new machines and people were added in 2018, 2019 and the first half of 2020. 2021 brings our largest plant expansion, to include new machinery and adding additional employee-owners. As for the future, we are planning for managed, sustainable growth through continuous reinvestment in our people and facilities.

Please apply in person between 8AM and 4:30PM or via indeed.com.